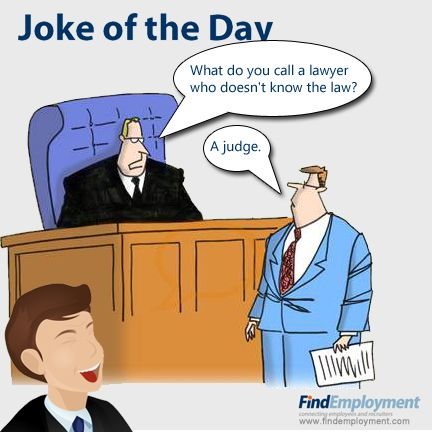 The A to Z guide to legal phrases

Vocabulary for the Court

To accuse someone is to declare that someone committed a crime.

It’s often used in the passive voice, to describe the state of someone who is accused or was accused of something.

He was accused of stealing the woman’s wallet.

A legal adviser or professional who pleads on behalf of the accused in court.

The advocate asked for her immediate release from jail.

To apply to a higher court to change a judge’s decision.

The judge’s decision is unreasonable. Let’s make an appeal.

To take someone who supposedly did something illegal into police custody.

My sister was arrested last night. I wonder what she did!

A specialized lawyer typically found in England or Australia.

They asked a barrister to give the defendant some advice.

Also known as the “death penalty,” when the guilty person is sentenced to death.

The prosecutor wanted capital punishment for the defendant who had killed three people.

To formally accuse someone of a crime.

The police charged him with murder this morning.

Legal action—something that should be decided on in court.

The police had built a strong case against the robber.

The law that’s not criminal law.

She practices civil law and spends most of her time helping people get divorced.

Someone who has been found guilty of a crime and is serving a jail sentence.

My uncle is a convict. He has to serve three more years in jail.

The room where the judge hears cases.

We need to be in the courtroom in 10 minutes.

The law that punishes criminals and people who break the law.

The person who has been accused of a crime.

The defendant is accused of stealing this woman’s car.

The lawyer who argues for the defendant.

I’m not going to jail. I’ve hired the best defense attorney in the city.

She gave her deposition last week. We will use it in court today.

The material that indicates whether someone is guilty of a crime.

There is not enough evidence to convict him.

An amount of money that you need to pay when you break a small law.

I got a parking ticket and had to pay a fine.

Describes the person who committed a crime. After a criminal trial, someone is “found guilty” or “found innocent” (see below).

He was found guilty and will have to go to jail.

It is illegal to drive through a red light.

Not guilty of a crime.

She was found innocent and can go home.

The person who makes the final decision in a legal case.

My cousin is a judge. She decides several small cases every week.

The group of citizens in a criminal trial who decide whether a person is guilty or not guilty of the crime they’re accused of.

The jury took only one hour to find the defendant guilty.

Someone who studied and practices law.

My firm has 10 lawyers on staff, including contract lawyers, a criminal lawyer and a couple of civil law lawyers.

She had to pay a fine for vandalism, which is a misdemeanor in this city.

The early release of someone from jail, often for good behavior, before the end of their prison sentence.

He was granted parole three years before his actual prison sentence would have ended.

The defendant’s response of either “guilty” or “innocent” for a crime they’re accused of.

He didn’t steal anything, so he will plead not guilty.

The lawyer trying to put the defendant in jail.

Be prepared. The prosecutor will ask you many questions.

A formal order to appear in court.

I was subpoenaed and will have to go to court next week to give my testimony.

To start legal procedures against someone in order to get compensation or payment for damages or wrongdoing.

After he got injured, he decided to sue his boss over the unsafe work environment.

To sit or stand in the courtroom and tell the judge about the crime. Witnesses and defendants can “take the stand.”

She was nervous, but she took the stand and answered all the prosecutor’s questions.

To give evidence as a witness in the courtroom for or against the defendant.

I had to testify as a witness to the crime.

A written or spoken statement about the crime or offense.

He gave testimony to support the defendant’s innocence.

The final decision in the courtroom as to whether or not the defendant is guilty or innocent.

She read the final verdict: innocent!

An official document instructing the police to arrest someone.

You may also often hear the term “search warrant,” which gives the police permission to search someone’s property for evidence.

There’s a warrant out for his arrest.

A person who saw the crime taking place and must describe what they saw or heard in the courtroom.

There were several witnesses to the theft.

“Driving under the influence” or “Driving while intoxicated.” Both terms refer to the offense of driving a vehicle after consuming alcohol.

He lost his license after he got a DWI.

Producing a false copy of a signature, document, money or artwork.

Forgery can also be used as a noun to refer to the fake document.

It was an excellent forgery. It took the company days to realize the signature was a fake.

Deception in order to gain money.

She was convicted of fraud. She’d been making replica paintings and selling them as the real thing.

Transporting or holding someone in a location against their will.

He was trying to kidnap the child but the police stopped him as he was driving away.

He murdered his neighbor for playing his music too loud.

Not taking proper care of something.

He drove his car onto the sidewalk. No one was hurt, so he was charged with negligence.

Lying after taking an official oath to tell the truth.

He committed perjury in the courtroom and will have to face the consequences.

The action of stealing from someone or some place.

A man robbed the house next door last month and now every house in the neighborhood has a security system.

Stealing items from a store or shop.

He was caught on camera shoplifting a soda and some chips.

To go somewhere where you aren’t allowed to go.

He was trespassing on my father’s property so I called the police.

The deliberate destruction of property.

She was charged with vandalism for spray painting the side of the office building.

The owner of a rental property.

My landlord is very helpful. When the washing machine broke, he bought a new one for the apartment by the end of the week.

I signed a two-year lease for the apartment! I can’t wait to move in.

Money borrowed from a bank or private institution that must be paid back with interest.

I took out several loans to go to college.

A legal agreement from the bank that lends you money to buy a house.

I just bought my first house and have a 30-year mortgage.

The owner of a property or business.

The proprietor is hoping to sell the restaurant and retire.

A contract for renting a property without a set amount of time.

I signed my rental agreement today, but I’m not sure how long I’ll be here—maybe just a few months.

A payment you make when you rent a property to cover any possible damages that might occur.

The person who’s renting the property.

I’ve been a tenant in this building for two years.

A negotiated or legal understanding between two or more groups of people.

We’ve finally come to an agreement. Please make the changes in the contract and we’ll sign it tomorrow.

A section in a contract.

In Article 7, it says that you have to notify the company two weeks before you intend to quit.

Failure to make payments on a loan or mortgage. Often used in the past tense.

He lost his job and defaulted on his mortgage payments. He may lose his house.

Carry out a promise or satisfy an agreement.

By signing this contract, you agree to fulfill all of the conditions listed.

A term used in contracts that means, “further on in the document.”

Legally responsible for something.

Our company is liable if something goes wrong with the new model.

This contract is null and void the moment you step out of my office!

For the interests of a group.

The parents sued the hospital on behalf of their newborn child.

The person or group of people on one side of a negotiation, deal or argument.

The two parties need to come to an agreement by the end of the day.

These words and phrases are a great start to improving and building your legal English vocabulary! Take time to become familiar with these words and practice them and you’ll feel more confident speaking English legalese.